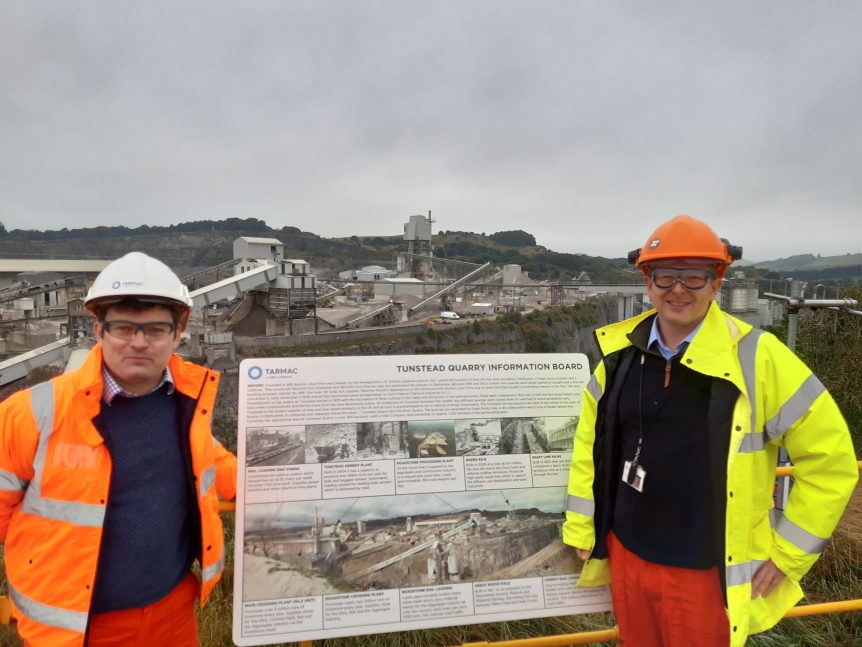 High Peak MP Robert Largan has been given an insight into the latest technology being used in the world of lime, stone and cement production on a visit to Tarmac’s operation at Tunstead near Buxton.

Tarmac’s combined operations at Tunstead are one of the largest in the UK, with a mix of quarrying, cement and lime manufacturing, and building material production taking place at the site. The quarry was established in the 1920s and is of national strategic importance due to being the largest supplier of lime and lime-based products within the UK. It is also one of the largest employers in the local area, employing around 400 people across the site.

During his visit, Mr Largan was shown how the raw materials are quarried, the cement production operation and the rail freight facilities which enable Tarmac to distribute a large percentage of products via rail, therefore reducing road traffic from the site.

Lime business director, Graham Cooper and cement plant manager Alex Soria hosted the visit which emphasised the importance of the operation to the local economy and updated the MP on latest developments.

“Whilst most local people have an understanding of the quarry and cement-making parts of our operation, there is less awareness of the role our lime operation plays, so it was important we included this in Mr Largan’s visit,” said Graham Cooper.

“Our lime products are used in vital applications such as electricity generation, water treatment, soil stabilisation and steel manufacture. Whilst lime kilns have played a role in the industrial heritage of this area for hundreds of years, we were pleased to talk the MP through all the latest technological innovations we are using on site.”

Mr Largan was also introduced to a ground-breaking project exploring the use of two innovative energy sources in the production of cement and lime. The project, sponsored by the Department for Business, Energy and Industrial Strategy (BEIS) and managed by the Mineral Products Association (MPA) involves the trial of different fuels to reduce carbon dioxide (CO2) emissions.

Commenting on his visit, Mr Largan said:  “I was very pleased to visit Tarmac’s Tunstead site, to tour the operation and discuss Tarmac’s decarbonisation plans for the future. Tarmac is not only an important local employer in the High Peak, but Tunstead Quarry is also of vital significance to the country as a whole. That’s why I am so excited that Tarmac will be coming to my Jobs & Apprenticeships Fair at Chapel-en-le-Frith High School on 29th October, offering high-quality apprenticeships to local people.” 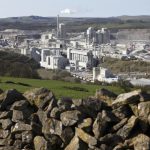 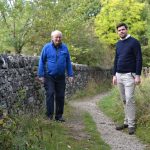 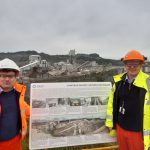 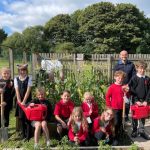 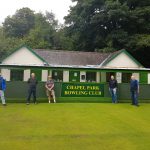 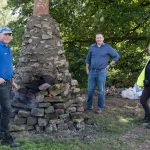 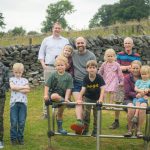 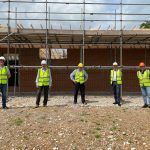 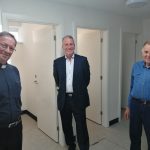 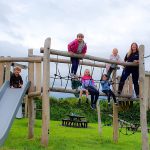